Jim Fassel Bridged Giants Eras With a Smile. And, Once, a Rant. 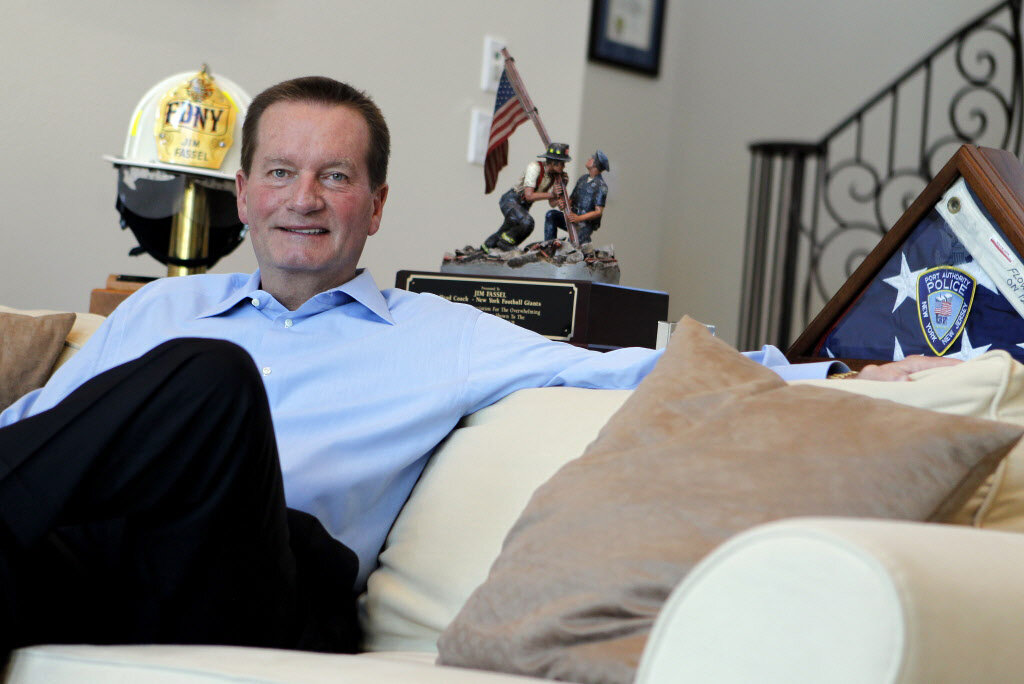 “The man has a mean streak,” Armstead, who was no softy, said of Fassel in 1997. “You really don’t want to mess with him. He goes after people. You should see him.”

Fassel will also be remembered for his active, energetic appearances at ground zero in Lower Manhattan a few days after the Sept. 11 attacks.

“I just walked around talking and shaking hands with the people working down there,” he said at the time. “They looked like they hadn’t slept in days, they were dirty and drained. I stayed as long as I could just saying, ‘Thanks for what you’re doing here.’”

In Fassel’s tenure, a wealth of top Giants talent was developed: Amani Toomer, the franchise leader in receptions; Tiki Barber, the team’s career rushing leader; and Kerry Collins, the only quarterback in 96 years of Giants history to throw five touchdowns in a postseason game.

An argument could be made that the high-powered 2002 Giants offense that vaulted to a 38-14 third-quarter lead in a wild-card playoff game in San Francisco might have been Fassel’s best team. When they blew the lead and lost by a point, it was as if those Giants, and Fassel, never recovered. The next year’s team won only four games.

He resigned with a 58-53-1 record and days later was on the verge of being named the head coach at Washington when Joe Gibbs, who won three Super Bowls there, stunned the team owner Dan Snyder by expressing his desire to come out of retirement at 63.

There was never another N.F.L. head coaching job offered to Fassel.

He was not cut from classic football coach cloth. He smiled too easily, told corny stories, tried to get away from football when he could and wanted people to like him. But he won a lot of games, made an important contribution to a storied N.F.L. franchise, earned the devotion of scores of players and, in fact, succeeded in winning over most everyone who met him.