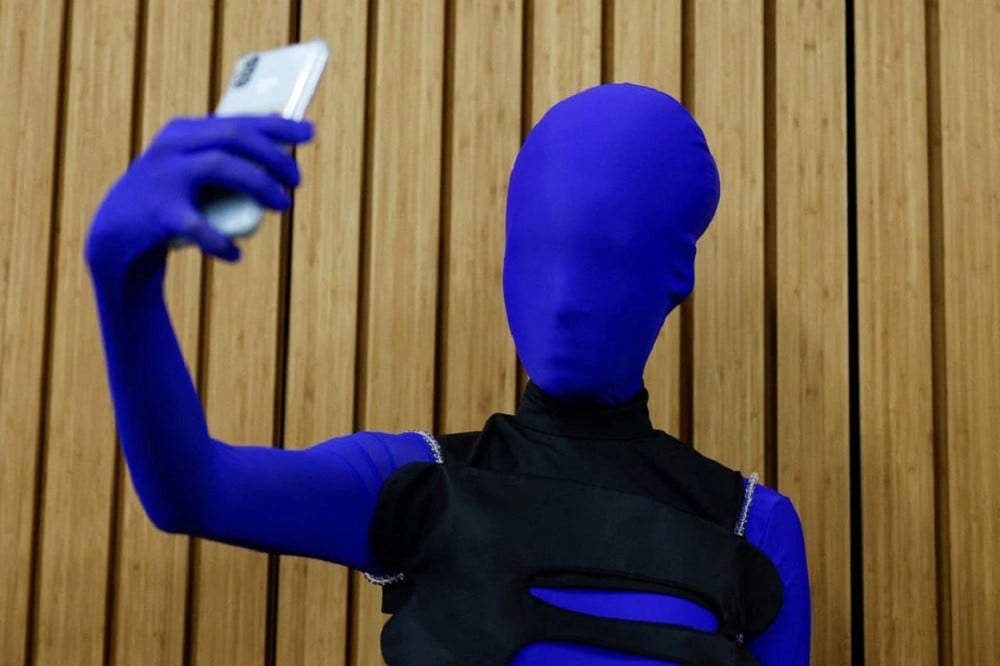 At the Fashion X AI show in Hong Kong, attendees noticed a certain “alien” quality about the new clothes modelled on the event’s narrow catwalk – and the designs were, in fact, not entirely human.

The show put more than 80 outfits from 14 designers in the spotlight, all of which were created with the help of the artificial intelligence software AiDA, short for “AI-based Interactive Design Assistant”. The software was developed by PhD students and academics at the Hong Kong-based AiDLab.

Masked in monochrome blue, wearing outfits that ranged from down jackets to translucent skirts, models strutted past rows of critics and fashion designers.

Attendee Cynthia Tse said it felt like she was witnessing the future of fashion at the show on December 19.

“I think the face covering is definitely alien-like, and exciting,” said Tse.

According to AiDLab’s CEO Calvin Wong, the software was created to serve as a “supporting tool” for designers.

“AiDA is an assistant for fashion designers just to help them, you know, to work together,” Wong said. “Designers and AI can work together to come up with the final collection.”

The AiDA system is supported by AI technologies such as image recognition, detection, and image generation, Wong said. Designers can upload draft sketches, materials, and colour palettes to a virtual mood board, and the software’s algorithm generates blueprints that designers can tweak and add their own flair to.

Hong Kong-based fashion designer Mountain Yam has been using AiDA for the past six months and said it not only saved him time, but inspired him.

“Our relationship is comparable to a romantic relationship in that I seemed to gradually get to know her (AiDA), and she gradually got to know my own designs,” Yam said. “In accordance with my lines, styles, and databases, the system will propose something for me that I may not have ever considered, but she (AiDA) thinks is suitable for me. Therefore I believe we are developing a long-term relationship.”

Fashion designer Yulia Tlili said she had hoped the AI designs would be more at the forefront of the collection, noting that they weren’t nearly as radical as the futuristic collections she had helped design when she started her career.

“I think AI is full of possibility and it’s really an amazing opportunity for the students and for the professors to really collaborate with this really interesting field,” Tlili said.

AiDA was officially launched with the Fashion X AI show and is available to designers in Europe and Asia Pacific.

Press release: the perfect combination for your fashion brand

The Fashion World Pays Tribute to Its “Queen Of Punk,” Vivienne Westwood