These are the safest European countries to travel to in 2023

Start A Travel Club: Tips And Tricks From The Pros

11 Ways To Stay Healthy While Traveling

How Does Myenvoyair Work? What About History? 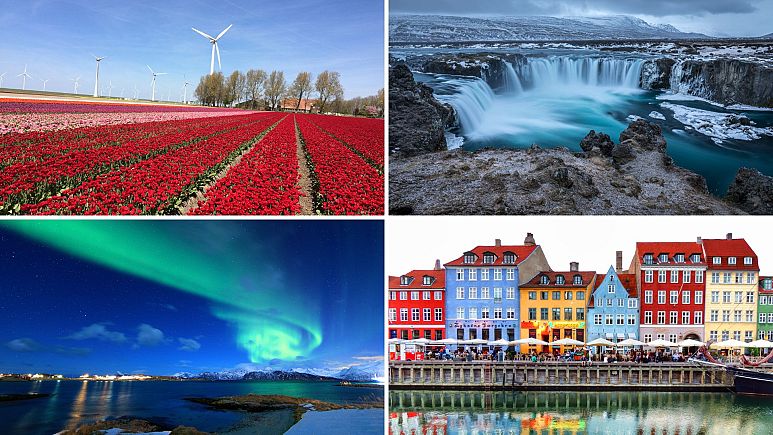 Looking for a trip that promises peace of mind in 2023?

For many travellers, safety is one of the most important factors when choosing a destination.

The pandemic hiatus in travel has also left many of us more cautious when visiting new places.

An annual roundup by US travel insurance company Berkshire Hathaway Travel Protection (BHTP) reveals the 15 safest countries to travel to in 2023 – including 11 in Europe.

Several factors contribute to the rankings, including survey results from people who have visited the destinations, Vision of Humanity’s Global Peace Index (GPI), the latest travel advice from the US State Department, and GeoSure Global scores, which combine crime, health and travel alerts for major cities. However, some countries, such as Finland, were not included in the ratings.

Outside of Europe, Australia (4th), Canada (6th), New Zealand (10th) and the United Arab Emirates (13th) also made the list.

Here are the 11 European countries that made the rankings.

11. Relax with a beer in Belgium

Belgium is one of the safest countries in the world, coming in at number 15 on the BHTP list and 22 on the GPI.

The biggest threat? Your calorie intake. Just lay off the beer and chocolate and focus on Bruges’s chocolate box houses instead.

The US State Department places the country, along with many others, in its Level 2 category, advising travellers to ‘exercise increased caution’ due to the possible threat of terrorism, however.

10. Explore the United Kingdom at ease

Why not make 2023 the year for exploring the British Isles, from the rugged northern coast of Scotland to the sandy beaches of Cornwall?

Brits looking for a safe holiday destination could consider a staycation as the UK makes the BHTP list as the 14th safest country in the world, up from 18th last year, and comes 34th on the GPI.

Again, the US State Department places the country in its Level 2 category due to the possible threat of terrorism.

9. Laze in lush landscapes in Ireland

Although it has slipped down the rankings a little, Ireland still comes 12th in the top 15 destinations on the BHTP’s annual list of the world’s safest countries.

It also claims third place on the GPI and has a Level 1 rating from the US.

The ‘Emerald Isle’ is sure to bring you peace of mind with lush landscapes and dozens of magnificent mediaeval castles.

8. Soak up the sun stress-free in Spain

Spain is one of the world’s most popular holiday destinations and, luckily, it’s also pretty safe.

It ranks 11th on the list of safest countries in the world according to BHTP and is in the GPI top 30.

It has slipped into the US State Department’s Level 2 category which advises increased caution due to the potential threat of terrorism and civil unrest.

But it remains a stress-free getaway with an idyllic coastline and sensational food.

Switzerland will appeal to safety-conscious travellers thanks to its low crime rates and minimal dangers to tourists.

The mountainous country is ranked 9th on BHTP’s list, 11th on the GPI and is in the US State Department’s lowest travel advisory category, Level 1 – ‘exercise normal precautions’.

Tourists can explore the country’s Alpine peaks and shimmering lakes totally at ease.

6. Wood chop your way to relaxation in Sweden

That said, crime rates are low and violent crime is extremely uncommon and, like Switzerland, the US State Department places it in its lowest travel advisory category.

To feel totally at peace, brew coffee on a stove in the wild or try ‘therapeutic’ wood chopping and gain some free heating for your holiday home in the process.

5. Experience calm and culture in Germany

Germany comes in 7th place on the BHTP list – up from 9th place last year – and 16th on the GPI.

That means you can explore Berlin’s art-licked streets and Bavaria’s beer taverns at ease.

Germany is assigned Level 2 by the US due to the possible threat of terrorism.

4. Bask in the sound of silence in Norway

Norway bags 5th place on BHTP’s list and 17th on the GPI. It also boasts a Level 1 travel advisory – the lowest – from the US State Department.

Scandinavian countries are notoriously the most peaceful in the world, and Norway is no exception. Soak in the serenity of the glaciers or let the northern lights take your breath away.

The country’s humanitarian and peacebuilding efforts add to the collective sense of calm.

3. Find your peace in Iceland

Iceland came in third place on BHTP’s list of safest places to travel in 2023, down from the top spot last year.

Despite the slight drop, the northern European country continues to be ranked as the most peaceful country in the world according to the GPI.

It also has a Level 1 travel advisory from the US State Department.

The Nordic island will help you travel in tranquillity with mesmerising natural landscapes of volcanoes, hot springs, geysers and lava fields.

Another Scandinavian country also makes the list. In 2nd place according to BHTP, Denmark is one of the world’s safest countries and, as an added bonus, Copenhagen placed first in the Safe Cities Index 2021.

The US State Department puts the Scandinavian country in its lowest category while the GPI puts it in fourth place.

That means travellers can feel totally relaxed as they admire royal palaces in the capital and the iconic ‘Little Mermaid’ statue.

1. Cycle with confidence in the Netherlands

You can feel confident about a worry-free trip in the Netherlands, which comes in first place on the BHTP’s list of safest countries and 21st on the GPI.

American travellers who were surveyed hailed Amsterdam as one of the world’s safest cities. Here’s to frolicking in tulip fields and cycling the capital.

The US places a Level 2 advisory on the country, again due to the threat of terrorism.

Start A Travel Club: Tips And Tricks From The Pros

How Does Myenvoyair Work? What About History?