Valley: The Future of the Innovation Economy

UK interest rates: How high could they go and how would a rise affect you?

How to Ensure Safe and Secure Piano Moving in Las Vegas

What Are The Usage of Hostbillo’s VPS Hosting France?

Some Best Conversation Strategies For Sales At The Exhibition 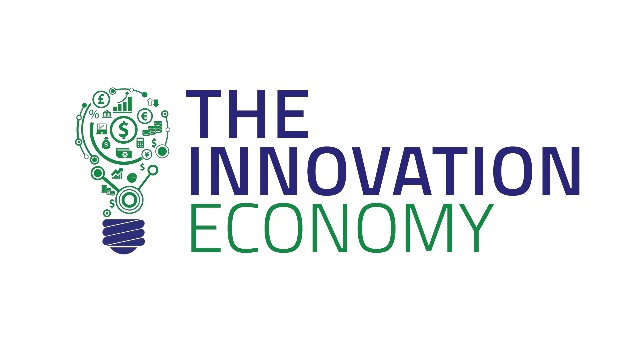 “There wasn’t some clairvoyant vision or notion that I had to hit certain milestones. Everything that I did to grow was predicated on the desire to learn – learn about myself, the needs of an organization, and how to properly maintain its growth. There is a certain extemporaneity that characterizes my journey so far.”

Zayd Ali is currently serving as Valley’s CEO. As the rise of nomadic life, international tech talent, and distributed work accelerates – the importance of being in Silicon Valley is diminishing. The startup communities, capital, and talent once unique to this location have spread across the globe. While that has level set access to opportunities, made the ecosystem more welcoming, and made it easier to invest in or grow a company – it has led to the ecosystem becoming more disconnected than ever. Valley is building the digital infrusturucture aimed at connecting these silos and allowing anyone with an internet connection to tap into Silicon Valley.

“I saw that there were people capable of building companies everywhere… but taking the next step to building a venture-backed company requires a lot more than just relying on yourself. You need to attract talent and capital. But the majority of builders aren’t in areas or don’t have the networks which allow them to be discovered by those who can help them in this company-building journey… the natural progression is that Silicon Valley [should move] to everywhere – every city has people capable of building incredible companies. In order to allow for the natural expansion of Silicon Valley, you need the infrastructure to allow it to exist. So my co-founder and I embarked on the journey of building a digital Silicon Valley – Valley. We began building and raised our first round of venture from the investors in Uber, Robinhood, Calm – Jason Calacanis, and Antler – the largest pre-seed fund in the world.”

Zayd’s own experiences as a founder fueled the drive to build Valley. Proving that solving ones own problem often leads to an interesting startup.

After selling his first startup, focused on client acquisition for financial advisors, at 19 years old in a 7-figure deal, Zayd began his time at Tulane Unviersity.

“I then went to University like any other 19-year-old guy”, he says. “I quickly realized it was not for me – it was boring. I needed more – I needed to keep moving so after a semester I dropped out for a semester and decided to start Valley (at that point it was called FISH). FISH was birthed out of my own problem. I saw that there were people capable of building companies everywhere – myself included.” Zayd is currently studying at Columbia Univeristy in New York while building Valley.

The concept behind Valley — that entrepreneurs can start and build great companies from anywhere if they have the ability to build networks — is a self-fulfilling prophecy. The natural progression of the aforementioned expansion of Silicon Valley is that it will be global. There has been a 600% increase in the last five years of venture dollars flowing between the coasts.

“10 years ago there were 36 cities with more than one unicorn [a startup with a valuation of $1 billion or more]. Today there are over 170. There is a quarter-trillion in venture dollars sitting as dry powder. Finding asymmetric returns occurs by discovering locations for startup talent and company-building prowess that others have overlooked. That means the new Silicon Valley must play on a global scale. Long gone are the days when founders needed to graduate from Stanford, move down the road and go to Y Combinator, and get funded by an Andreesen or Accel. That trifecta is still a powerful one – but it is no longer an imperative or a necessary building block to a successful outcome. A social layer to replicate the communities created in version one of Silicon Valley is critical for the growth and success of the space. We need connection, we need easy access, we need to discover people who can’t fly to Tier 1 US cities but are progressing at an unimaginable rate… and we need to empower them. That is what Silicon Valley [is supposed to be] all about. Discovering the undiscovered.”

Where will Valley be five years from now?

“We will have the entire early-stage investing market on our platform. You will discover, collaborate, discuss, vote, and invest in early-stage companies on Valley – from around the world.”

Zayd Ali has been featured in CNN Business, NBC, ABC, FOX, and Marketwatch while also serving as President and Chief Operating Officer for a number of nonprofit organizations as well as winner of the Prudential Spirit of Community Award and the Points of Light Award.

Related Topics:Valley: The Future of the Innovation EconomyZayd explains
Up Next