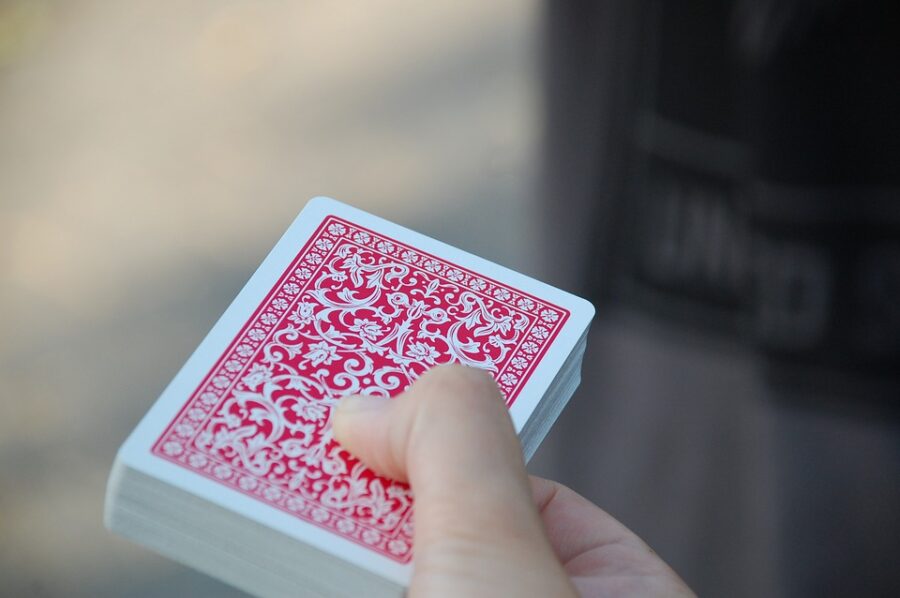 Solitaire is a popular pastime, perhaps in large part due to its simplicity. While it is played with a physical deck of cards, the popularization of technology removed this requirement, making playing on a computer, cell phone, or another device a popular alternative. Its popularity can also be attributed to how quickly the game is completed, lasting an average of 11 minutes per play.

All You Need to Know About Solitaire Scoring

Scoring in solitaire focuses on timing, especially for the digital variants. Each game has its own scoring system, so we’ll focus on the two most popular versions – Klondike solitaire and spider solitaire. There are also other scoring systems, like Las Vegas style scoring, where you try to earn more points than are wagered

The best way to achieve the highest possible score in solitaire is to practice. Not every game of solitaire is winnable, so knowing when to call it quits is a crucial component of the game. Serious players looking to up their skills in solitaire can click here to read more about it. You can also check out sites like Solitaire Bliss and CardGames.io, which have browser-based versions and apps, so you can easily play solitaire wherever you are.

The Klondike version of solitaire originated in the 19th century when travelers from Klondike, Canada, brought the game to the United States during the gold rush. Klondike is the most popular variety of solitaire, likely due to its inclusion in the 1990 release of Microsoft 3.0. The version included in Windows 10’s Microsoft Solitaire Collection reached 100 million unique players in 2016.

A 52-card deck is arranged in seven piles facing downward except for the top card. The goal is to arrange the cards by suit in descending order in four empty cells (foundations) along the top. Only the king can fill a foundation. All other cards must build upon it in alternating color order. The game is complete when all cards are face-up, with none remaining in the deck.

The total available score for Klondike is 755, but bonuses allow for a maximum of over 6,000 points. Points are earned by adding a card to the tableau or the foundation. Points are deducted for removing a card from the foundation or turning up three cards at a time instead of one. You can earn bonuses based on time. The faster you complete the sequences, the higher the total score.

Spider solitaire is named for the eight foundation piles used to play, referencing the number of legs on a spider. This variation is played with two decks of 52 playing cards, making it a more challenging alternative to the original Klondike version. A spider tableau features ten stacks with six cards in the first, five in the second, and so on. The last stack contains a single card.

Spider shares the same end goal as Klondike: to remove all cards from the stacks and arrange them in the tableau in descending order by rank, alternating colors. Several further variations exist with the spider version, including two-suit, which is played with only spades and hearts; gigantic spider, which uses four decks of 52 cards instead of two; and spiderette, which uses a single 52-card deck.

For many players, Spider Solitaire is incredibly fun and engaging, probably because it’s a bit more difficult, offering more of a challenge. That being said, it does require a bit of practice until you’re good at it, even if you’ve been playing Klondike for a while.

Several scoring techniques exist for the spider variation of solitaire, but the most popular offers a high maximum score of 1000. Players earn points for turning over a face-down card, completing columns, and moving cards from the tableau to the foundation. Completing all eight suits in the allotted time earns 1000 points. The popular Microsoft version is calculated using a starting score of 500 with a maximum score of 1254.

Tips for Achieving a High Score

Scoring techniques for solitaire are as diverse as the variations themselves, but you can apply a few tips and tricks to acquire the highest number of points in all versions. Learning the rules is critical, as re-playing a move costs valuable points. Much like chess, solitaire requires players to think a few moves ahead so they can maximize the time and minimize re-plays.

The best way to achieve the highest possible score in solitaire is to practice. Not every game of solitaire is winnable, so knowing when to call it quits is a crucial component of the game. Serious players looking to up their skills in solitaire can click here to read more about it.